We are globally increasing GHG emissions at a rate faster than nature can remediate. 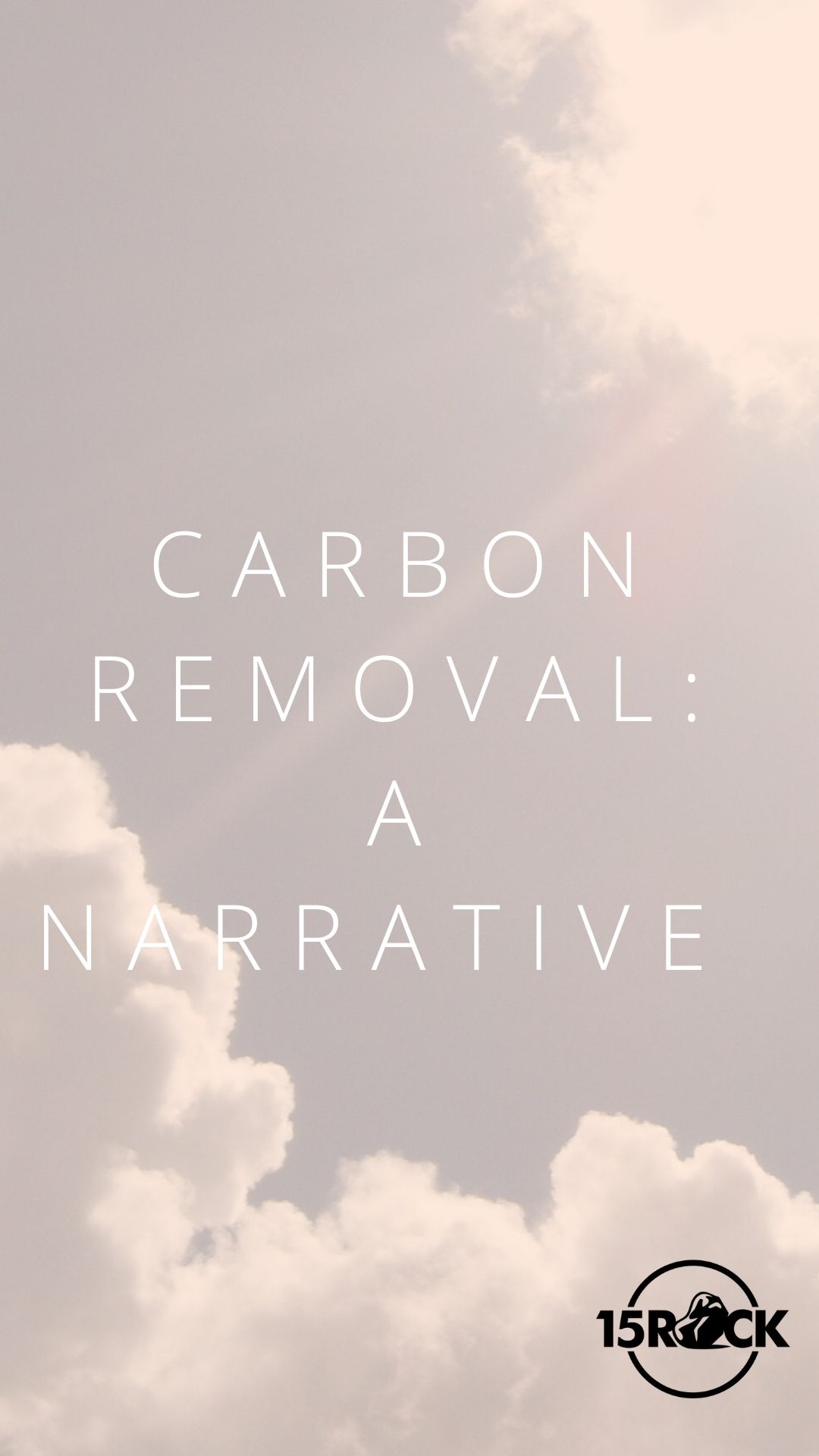 Scientists are anticipating an increase of sea level, more often and extreme natural disasters, and loss of life as temperatures are expected to reach 1.5 degrees Celsius. By 2030, researchers, businesses, and individuals alike has demanded to cut back on Greenhouse gas (GHG) emissions in an effort to reach net zero and slow the rate of temperature increase. Large financial investments of $925M will focus on creating an emerging and continuous market for carbon removal. Carbon removal is taking carbon dioxide from the atmosphere and storing it in organic biomass, underwater, or underground. Net zero is achievable by 2030 through a variety of methods - individual, community, industrial. Any action put towards a better climate will contribute. Everything is possible with global harmony.

Climate history is a narrative written in stone or ice - literally; they are known as geological eras, a time scale for earth. Each era presents a distinctive trait. Prior to the current era, global average concentration of CO2 was about 280 ppm. During the mid-1700s, many scientists believed a major contributor was the industrial revolution and is the starting point of the current era - the anthropocene, denoting human activity being the dominant influence on ecosystems and global climate. Emissions slowly increased overtime, about 5 billion tons per year until 35 billion tons per year by 1800s. The effects of fossil fuel reliance was not as obvious. The abundancy of natural resources provided a sound foundation. Decades later, we realize the foundation was never stable. Immediate removal of the foundation will result in social and economic collapse. However without change, it will lead to environmental collapse and the world’s sixth mass extinction.  The sixth mass extinction is driven through human’s unsustainable use of the environment, further exacerbated through climate change. After all our development, we ultimately sacrifice ourselves.

Nature vs Rate of Increase

Earth has a natural remedy through the action of photosynthesis: the uptake of carbon dioxide and release of oxygen. Trees and algae are predominantly noted to be large absorbers of carbon dioxide. In 2020, Food and Agriculture Organization of the United Nations (FAO) reported forests cover 31% globally. On the other hand, algae offers a unique approach as they possess a rapid rate of growth, high biomass, high yields, and high photosynthetic efficiencies. Reliance on nature alone is not enough. IPCC compared net Greenhouse Gas (GHG) emissions between 1990 - 2019, resulting in an increase in all major GHGs. In 2020 researchers noted the earth it will continuously warm regardless if anthropogenic activities were to stop; but there is a solution. Temperatures will continue to rise, we can slow the rate of increase.

There are existing plans to reduce carbon emissions and existing carbon dioxide. As one individual it may feel powerless, as though carbon removal is suited for larger corporations. Recently, Stripe, Alphabet, Shopify, and many more has unified to create Frontier Climate, an advance marketing commitment (AMC). Frontier set an ambitious commitment to buy $925M of carbon removal from 2022 to 2030 by creating an emerging market and guaranteeing a continuous demand for carbon removal. Essentially, Frontier will mediate buy and supplier agreements while enforcing climate commitments. Existing companies are in the market. In 2021, a carbon removal company Climework built removal plant in Iceland. Powered by energy sole from waste or renewable energy, the plant captures only carbon dioxide, pulling it through filters and heated to 100 degrees Celsius to create pure carbon dioxide. Every action contributes, every action matters. Change starts at the individual level before it can reach to others. Levels of contribution can broken down into one, two, and three - all contributing to a larger scale.

Human activity has been the predominant influence for decades, globally increasing GHG emissions at a rate faster than nature can remediate. In an effort to slow temperature increase, industries, companies, and communities enforce the process of carbon removal, greatly inspiring global activists to participate in different levels of engagement. We only have ourselves to blame for the past, now it is time to move towards the future. Unified, the possibilities to reduce and remove emissions are endless. The best time is now, contributing to a healthier planet.

Do you want to change the world? Come work with 15Rock. You will get to collaborate with clients all across the world and address complex financial and climate risk concerns. 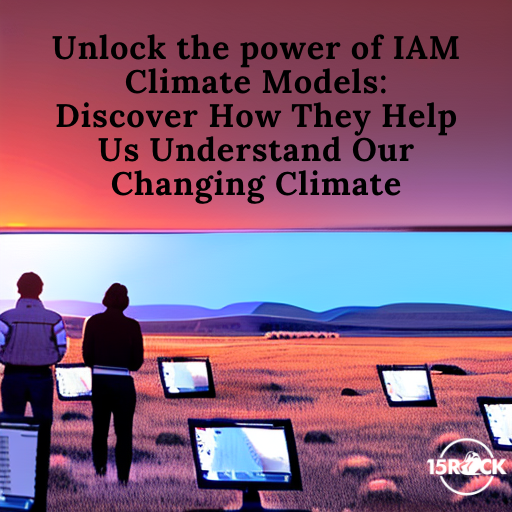 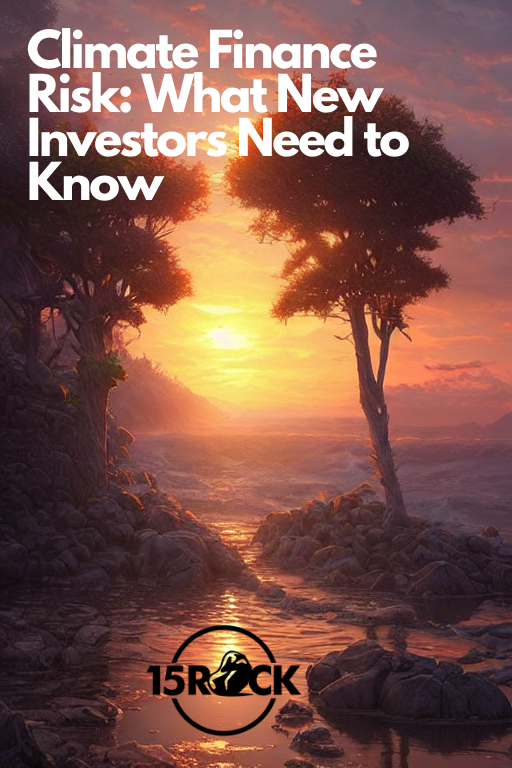 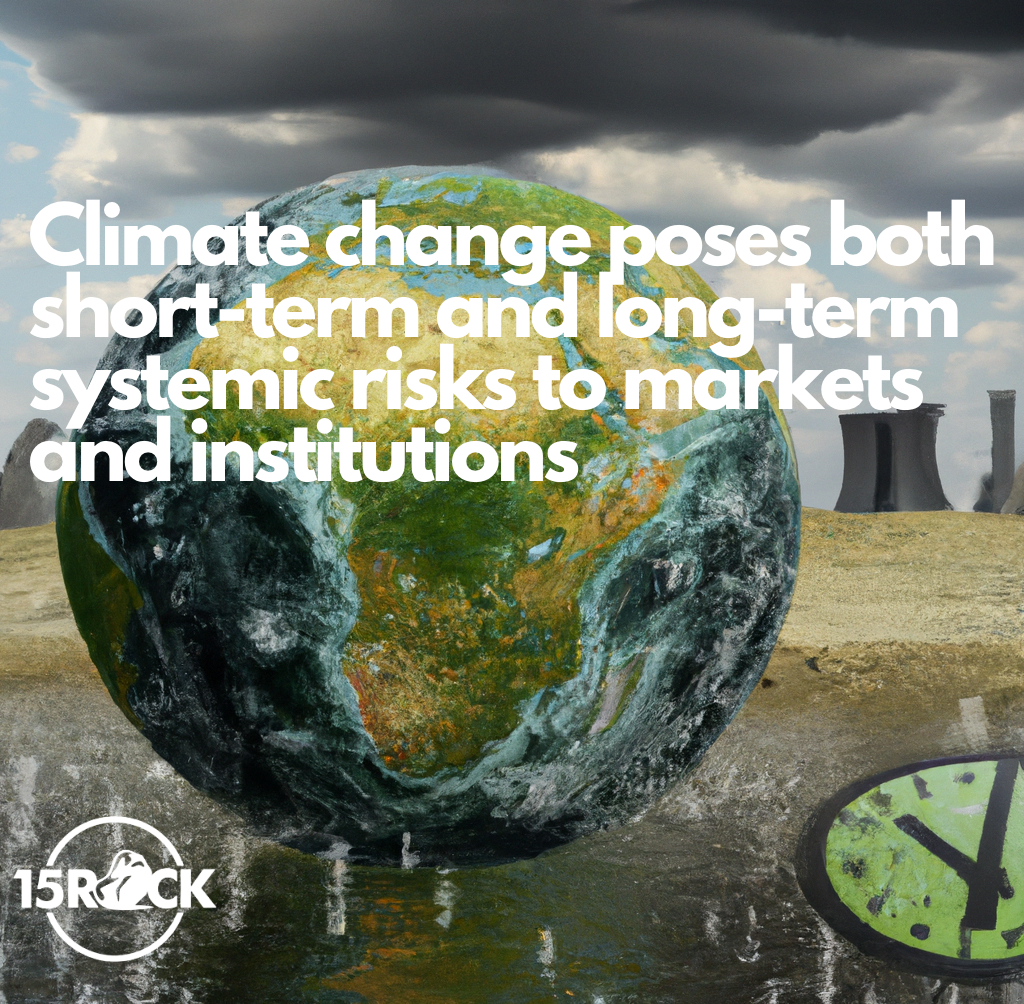